The cemetery in Boskovice, founded not later than the 16th century, ranks among the largest and most valuable Jewish cemeteries in the Czech Republic. It is situated about 800 m southwest of Masarykovo Square and the Jewish Quarter, at the northwest foot of the castle hill. Approximately 2500 tombstones (matzevah) are erected on an area of 14 528 square metres. The cemetery is surrounded by a wall and shaded by trees. Two gates lead into the complex, the first for the public and the second, situated somewhat higher and oriented towards the town centre, was reserved for hearses. Stairs lead from the first gate to the funeral hall built in 1763, of which only the side masonry and a stone slab, into which the Mourning Kaddish is carved, have survived. The oldest tombstones date from the 2nd half of the 17th century, the absolutely oldest one from 1670. The tomb of Rabbi Samuel ha-Levi Kolin, inter alia author of Machatsis ha´Shekel commentaries, is the local pilgrimage place. In 2000, a new matzevah, with brief data about Rabbi Reuven, was set on the site of the original, eroded one, with the financial support of US donors.

BOSKOVICE (Ger. Boskowitz), town in Moravia, Czech Republic. Its Jewish community was one of the oldest and, from the 17th to 19th centuries, one of the most important. A Jewish tombstone there was thought to date from 1069. Jews from Boskovice are mentioned in decisions of the Brno municipal high court in 1243. The community began to flourish after Jews expelled from Brno in 1454 settled in Boskovice, welcomed by the local nobility in the expectation that they would make a significant contribution to the economic prosperity and growth of the town. Developing into a famous center of yeshivah studiy, the town attracted talmudic scholars from Poland, Germany, and elsewhere. The local population was hostile to Jews, however, and attempted to curtail Jewish economic activity, but the local congregation was able to acquire numerous privileges over the centuries. It was able to elect its own mayor, write statutes, and establish its own police force. In 1565 Jews there owned real estate but were prohibited from doing business in the surrounding villages. The statutes of the ?evra kaddisha were compiled in 1657. There were 26 Jewish houses in Boskovice in 1676. The synagogue was built in 1698, 892 Jewish inhabitants died of the plague in 1715, and the Jewish quarter was put in quarantine for a year. A peculiar custom of the Boskovice community was to bury women who died in childbirth in a special section in the cemetery. A gabbai was appointed specially for the members of the ?evra kaddisha who were kohanim. The Jews were segregated in a special quarter of the town in 1727. Discrimination against Jews ended only in 1848. The small walled ghetto witnessed numerous disasters, including fires, plague, and anti-Jewish riots. In the 15th through 18th centuries, the Jews engaged in trade and handicrafts. Among the artisans were producers of swords, jewelry, pottery, and glass, as well as tailors, butchers, and furriers. During the revolution of 1848 Jews in Boskovice joined the National Guard. A political community (see *Politische Gemeinde ) was established in Boskovice after 1848 which became known for its municipal activities, in particular its fire brigade (founded in 1863). Toward the end of the 19th century many Jews moved away from Boskovice. Between the two world wars Boskovice became a summer resort and was frequented by many Jews.
The community numbered 300 families in 1793; 326 families (1,595 persons) in 1829; 2,018 persons in 1857; 598 in 1900 (when 116 houses were owned by Jews); and 395 in 1930 (6% of the total population), of whom 318 declared their nationality as Jewish. Boskovice was a noted center of Jewish learning. Among rabbis who lived there were Judah Loeb Issachar Baer Oppenheim (appointed rabbi in 1704), Nathan Adler (1782), who was followed by his disciple Moses *Sofer ; Samuel ha-Levi *Kolin and his son Benjamin Ze'ev *Boskowitz , whose yeshivah made Boskovice celebrated; Abraham *Placzek , who was Moravian Landesrabbiner from 1851 to 1884; and Solomon *Funk . The Zionist president of the Vienna community, Desider *Friedmann , and his non-Zionist deputy Josef Ticho, were school friends from Boskovice. Also from Boskovice were the German writer Hermann Ungar (1893–1929), who was part of Franz Kafka's circle, the Jerusalem eye specialist Abraham *Ticho , the historian Oskar K. *Rabinowicz , and the Brno textile-industrialist *Loew-Beer . Other locally born personalities included Moritz Zobel, the Berlin editor of the Encyclopedia Judaica, and the choreographer Augustin Berger (Razesberger; 1861–1945). The Jews who remained in Boskovice after the German occupation (1939) were deported to Theresienstadt on March 14–15, 1943, and from there to Treblinka, Majdanek, and Auschwitz. Ritual objects belonging to the congregation were sent to the Central Jewish Museum in Prague in 1942. Only a few Jews resettled there after the Holocaust, the congregation being administered by the Brno community. The Jewish quarter has been preserved, to a large degree in accordance with its original plan. 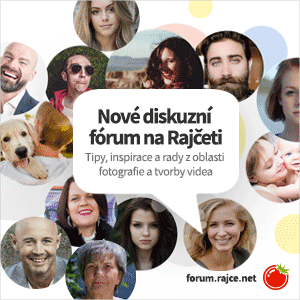 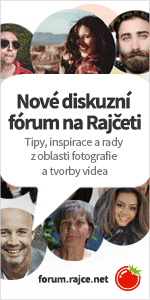